The southernmost point in New York City and state is the neighborhood of Tottenville on Staten Island. At the tip is the 286-acre Conference House Park, which needs no introduction. A couple of blocks north of it is another park that lines the shore of Arthur Kill, a wild landscape of a seashell-covered beach, ravine, and thick tree cover.

At only nine acres, Tottenville Shore Park is a nature preserve that also serves as a miniature bluebelt that collects runoff from nearby streets and channels it into the ocean, reducing the burden on the sewer system.

END_OF_DOCUMENT_TOKEN_TO_BE_REPLACED

On the coast of southern Wales is a small post-industrial town with a history steeped in medieval folklore, industrial revolution, and the revival of Welsh culture. In the center of Llanelli, the Lliedi River flows beneath buildings and streets. 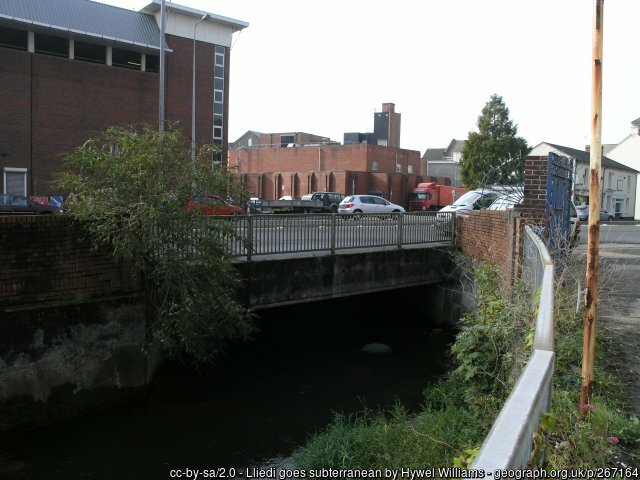 The photo above was taken by Hywel Williams in 2006. The spot where the river dips beneath the town was historically known as Falcon Bridge, but no marker explains for this centuries-old name or when the stream was consigned to permanent darkness.

END_OF_DOCUMENT_TOKEN_TO_BE_REPLACED

One of the mysteries for western Queens residents is Fresh Pond Road. On its 1.5-mile run between Maspeth and Ridgewood there are no hints of its namesake waterway but we know that prior to development this was a knob-and-kettle terrain of multiple ponds shaped by the most recent ice age. That the road still has its name rather than assigned number also signifies its history. 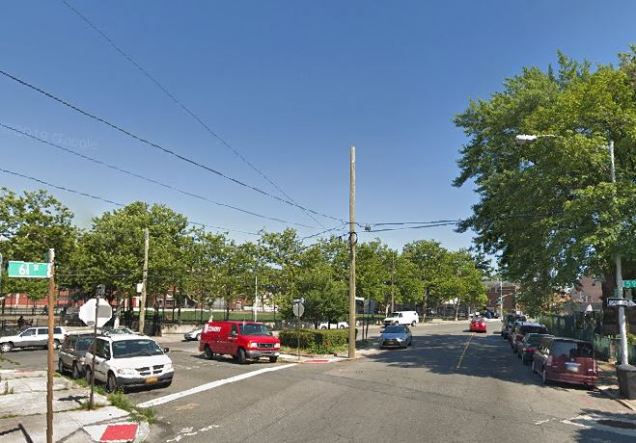 When in doubt about the exact location of a former waterway, I usually find the nearest park as they often are designated on sites where water once flowed and building is more difficult. For Fresh Pond, the only park on this road is Reiff Playground, and the tiny Lang Triangle across the street. Could these provide clues to the location of the namesake pond?

END_OF_DOCUMENT_TOKEN_TO_BE_REPLACED

The name of the Kenyan capital city comes from the Maasai word for “place of cool waters,” in reference to the city’s namesake creek. Nairobi is located on a gently sloping plain that is high enough not to have malaria-causing mosquitoes, and roughly midway between the seaport city of Mombasa and the vast Lake Victoria on the other side of Kenya. At the turn of the 20th century, British colonial authorities set up a railroad deport at the “place of cool waters,” which in 1905 became the capital of British East Africa.

But as the city has grown, its infrastructure failed to keep up, resulting in massive sewage releases into the Nairobi River, along with chemicals and trash that have choked its flow, killed wildlife and posing a health hazard to people living and working along its course. The crowded scene above is at Pumwani Road, to the east of Nairobi’s Central Business District.

END_OF_DOCUMENT_TOKEN_TO_BE_REPLACED

In my search for new post-millennial waterfront parks in New York, Newtown Barge Park offers a dramatic example of a landscape transformed. It lies on a formerly industrial site where the Newtown Creek flows into the East River, the watery tripoint where the borders of Brooklyn, Manhattan, and Queens meet.

At the park’s main entrance, we see the stark contrast between a parking lot and the recently planted lawn that faces Manhattan’s Waterside Plaza.