Nearly every sizable European city dating to the Middle Ages or earlier had defensive moats on accounts of wars waged between various duchies, kingdoms, and empires. Some of these moats were manmade and others were modified natural streams. Along with moats, every city had a millstream whose water was harnessed to produce grain for the residents. When moats and milldams became obsolete, they were reduced in size, filled, or retained as water features in parks. 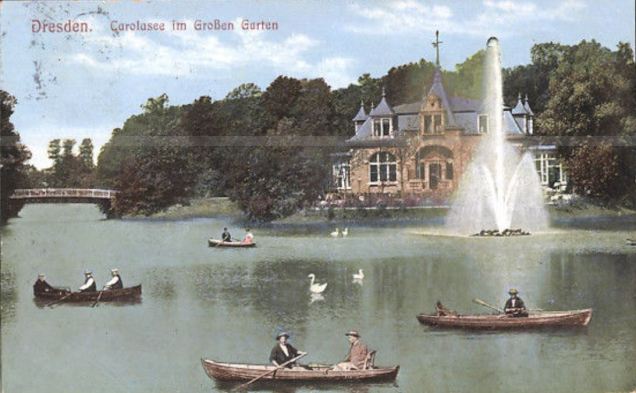 Above is the Kaitzbach stream flowing through the Große Garten park in Dresden, Germany. Here, it widens into the Carolasee lake before disappearing under the city’s streets. The postcard dates from 1914, the year when imperial Germany plunged into the First World War.

END_OF_DOCUMENT_TOKEN_TO_BE_REPLACED

As today is May 9, observed in most post-Soviet states as the holiday commemorating the end of World War Two, an appropriate hidden water to profile is the Südlicher Heidekampgraben, (southern heath camp ditch) a stream located inside Berlin’s Treptower Park. The park is the site of the largest Soviet war memorial outside of the former USSR. 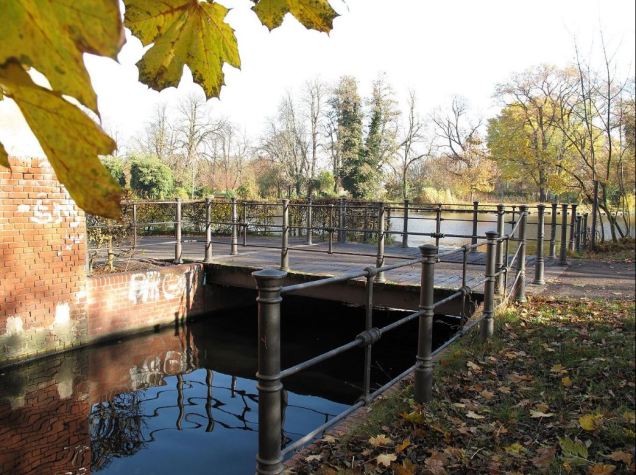 The photo was taken by Berlin resident Lienhard Schulz and posted in the Wikipedia page for Treptower Park. END_OF_DOCUMENT_TOKEN_TO_BE_REPLACED