On my travels north from home, I often use the Whitestone Bridge, whose roadway continues north as the Huthinson River Parkway. After emerging from the tangle of ramps it shares with Cross Bronx Expressway and Bruckner Expressway, it follows a stream for nearly a mile. But it’s not the parkway’s namesake. Not yet.

It’s an obscure inlet that shares its name with the county to the city’s north. This is the story of Westchester Creek. 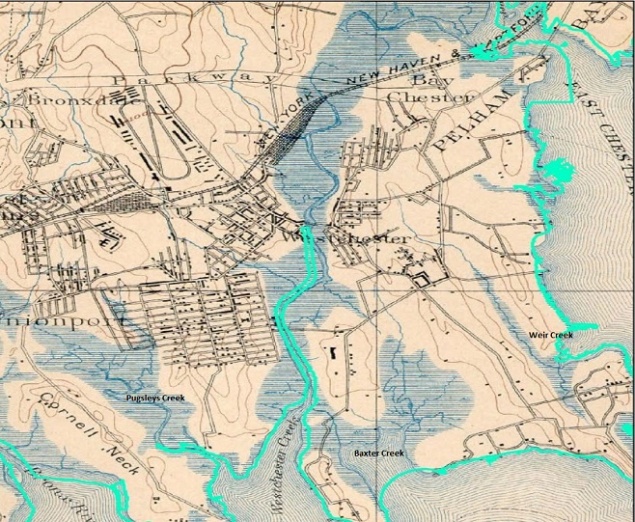 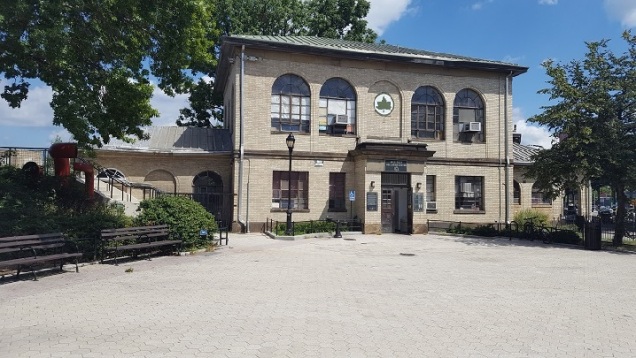 Returning to the Bien map above, we see the natural headwaters of Westchester Creek emerging in a tidal wetland just to the north of Pelham Parkway, the linear park and roadway that connects Bronx Park and Pelham Bay Park. Suppose a hundred-year storm were to hit the eastern Bronx, it could turn Throgs Neck and Baychester into an island separate from the mainland. Suppose the sea level rises by a dozen feet as scientists expect, then this could be the daily reality more than a rare occurrence.

In this November 1937 aerial survey of Westchester Creek found in Parks Archives, the stream flows nearly uninterrupted from its source but changes are on the way. The subway yard would eventually expand and Hutchinson River Parkway will soon run along the stream’s left bank. On the extreme center left is the triangular Westchester Square, a historic crossroads where East Tremont Avenue, Westchester Avenue, and Williamsbridge Road intersect. The present head of the creek is at East Tremont Avenue, where it widens into an inlet of East River.

Head of the Creek

Owing to nearly a century of land reclamation efforts, the natural headwaters of Westchester Creek have been buried and today’s head of the stream is behind the football field of Herbert Lehman High School.

Completed in 1978, the school’s football field straddles the creek while part of the building is built over the Hutchinson River Parkway. Its outside appearance resembles that of my alma mater, Fiorello H. LaGuardia High School, which was completed in 1984. Below the football field is a combined sewer outflow (CSO) that releases excess sewage when the local treatment plants run over capacity, usually after a big storm. The release of untreated water into the creek has earned it comparisons to Brooklyn’s Gowanus Canal.

Among the properties upstream that stand atop the buried stream bed are the Pelham Bay Little League field, the Westchester subway yard and the Metro Hutch office complex.

On the eastern bank of the creek is the Hutchinson River Parkway, which runs from the Whitestone Bridge to the Connecticut border. When the highway was connected to the Whitestone Bridge in the 1930s, it was built atop the original stream bed and the creek would have been entirely wiped from the map were it not for a fuel barge terminal that used the creek for access. A new channel was carved alongside the highway to serve the tank farm. The creek was named after a Puritan dissident who settled in what is now Pelham Bay Park. Anne Hutchinson was killed in a native raid on her home in 1643, when there was a war between the Dutch authorities and the Lenape natives. 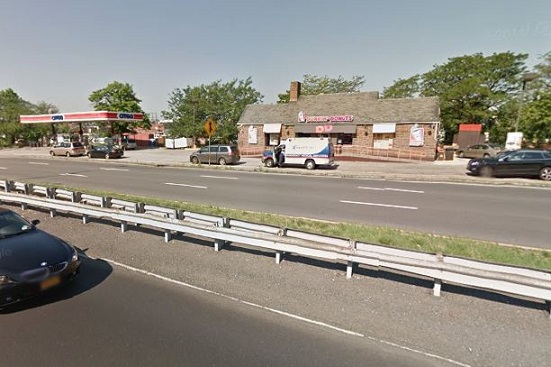 Between exits 1 and 2 is a rest area with the creek flowing behind it. The stone and fireplace of the Dunkin Donuts is similar to that of many comfort stations built in the 1930s in city and state parks. In that decade, “power broker” Robert Moses had the last word on the design of parkways so the same architecture style was applied. By definition, a parkway in New York is a road that has generous amounts of green shoulder space on either side, low bridges, and a restriction on commercial vehicles.

Across the creek from the rest area is a marina built in 1957, where many blue-collar and public employees who like boating but cannot afford a yacht club membership, have their own place to moor boats. For decades, the 30-slip Metro Marine has been run by François Guillet, who lives in a house overlooking the marina. The neighborhood here is Unionport, its main roads are Commerce Street and Zerega Avenue, lined with car repair shops and warehouses.

When following the shorelines of city waterways ,the green caution sign signals that a CSO is nearby, discharging untreated storm water into the creek. In 2013, the city announced plans to install bioswales along local streets to reduce the amount of water entering sewers and the creek. Improvements to local sewers also seek to improve the water quality in the creek as it flows not only past the high school, marina and parkway, but also the sizable Ferry Point Park where it enters the East River. Short of its mouth before entering this park, Brush Avenue follows the creek with a series of dead-ends and one block streets branching off from it, including the curiously-named Yznaga Place. Forgotten-NY has its story. 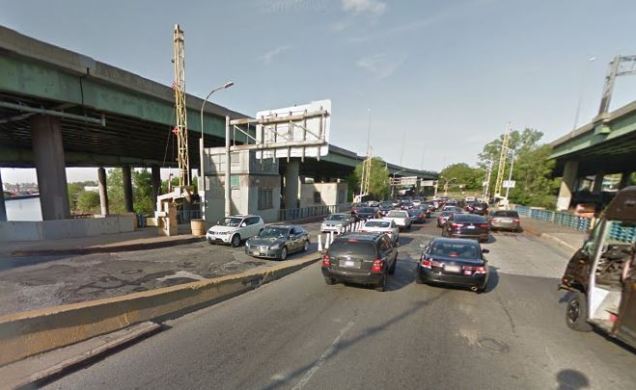 The last crossing over Westchester Creek is the massive Bruckner Interchange, where Bruckner Expressway, Hutchinson River Parkway, Cross Bronx Expressway, and Whitestone Expressway meet, with Bruckner Boulevard running beneath the ramps, crossing the creek atop an antiquated bascule drawbridge. Looking at planning maps from the 1920s, there was supposed to be another crossing further downstream at Lafayette Avenue. Running from Throgs Neck to Hunts Point, it was also supposed to cross the Bronx River. This avenue’s extra width and its dead ends by Westchester Creek testify to those plans.

When driving north from Whitestone Bridge, one sees a few interesting sights, a giant crucifix at St. Raymond’s Cemetery designed for passing motorists to see, and a chateau-style red brick structure.

Built in 1913 as St. Joseph’s Institute for the Improved Instruction of Deaf Mutes, it stands on a hill overlooking Ferry Point and Westchester Creek. When Whitestone Bridge was being built, the school’s campus was bisected by the approach highway. 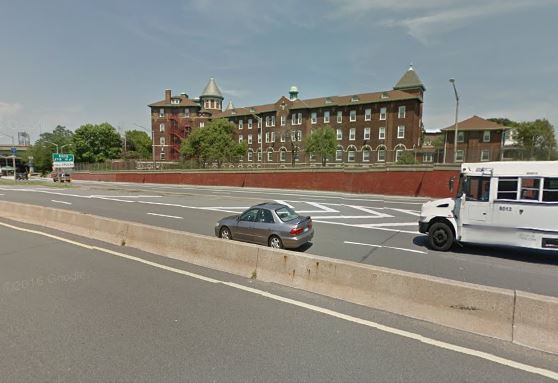 The western side later was developed as Monsignor  Scanlan High School, while the old chateau is today known as St. Joseph School for the Deaf. It deserves it own Forgotten-NY page.

Gothamist reports on the installation of oyster beds in Jamaica Bay made from recycled toilet seats.

When I’m not inspecting parks and walking along the city’s shorelines, I contribute to Forgotten-NY. My latest photo essay for this site is Brooklyn’s Livonia Avenue, where you can learn about:

And so much more!