Among the great cities of the world is the French capital, built around two isles on the Seine River, expanded over the centuries in concentric circles and enhanced with canals. Its parks contain naturalistic decorative lakes but beneath the neighborhood and on the routes of certain streams are traces of ancient waterways lost to history.

One such example is La Bièvre, a stream that flowed through the city’s southern side, beginning in a natural setting but then concealed in underground conduits on its way to the Seine. The above photo was taken in 1862 by Charles Marville and can be found in the National Gallery of Art in Washington.

History of the stream

The Bièvre takes its name from two likely sources, either the Latin term for beaver or the word for brown based on the color of the water. It originates in the Paris suburb of Guayancourt and from the 18th century its water has been diverted in part for local farms and the Gobelins Manufactory. In today’s Guayancourt, the stream is impounded in reservoirs such as Saint Quentin, Etang des Roussieres, and Etang Braque. It flows through parks and as a canal through the town’s commercial center.

To its north is Versailles, a palace and garden complex whose fountains and reflecting pools relied on the Bièvre. The Saint Quentin reservoir, built in 1685, traps and diverts some of the creek’s water, channeling it to the palace grounds. Another diversion of the water was the Gobelins factory in Paris, which opened in 1662 to produce tapestries for the French royal house.

In the 1830 illustration above, the back of the Gobelins factory faces the Bièvre stream, an early example of industry’s impact on the creek. As France and Prussia (later Germany) have been engaged in on and off warfare from the time of Napoleon until the Second World War, Paris was ringed by fortifications.

In the German postcard above from World War One, we see the Bièvre flowing past Fort de Villeras, Ravin de Bouviers battery, and Fort du Haut-Buc. These forts were constructed after the crushing defeat of France in 1871 as a safeguard against a future siege.

The Bièvre enters the city of Paris on its southeast, crossing from the neighboring town of Gentilly. Within this town, sections of the Bièvre appear above the surface as linear parks, some of which have markers explaining the stream’s story.

In some places, the course is more visible than in other places but generally easy to follow on foot. 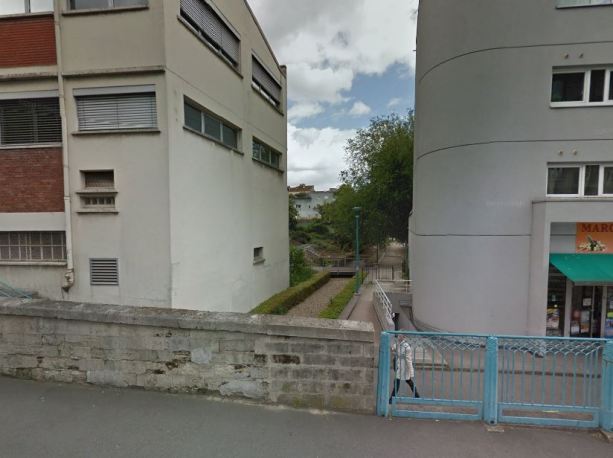 The underground Bièvre enters the city of Paris at Kellermann Park. From there, it flows between the city’s 12th and 13th arrondisements (districts) before emptying into the Seine at Gare d’Austerlitz train terminal in the Latin Quarter. The heavy concentration of butcheries and tanneries along the stream within Paris led to its eventual burial.

The poet  Joris-Karl Huysmans (1848-1907) gave the Bièvre a feminine description, a countryside girl lured into the city and despoiled by industry. “Symbol of the miserable condition of women lured into the trap of cities.”

Within the city, pavement markers indicate the course of the Bièvre, enabling pedestrians to follow its course. 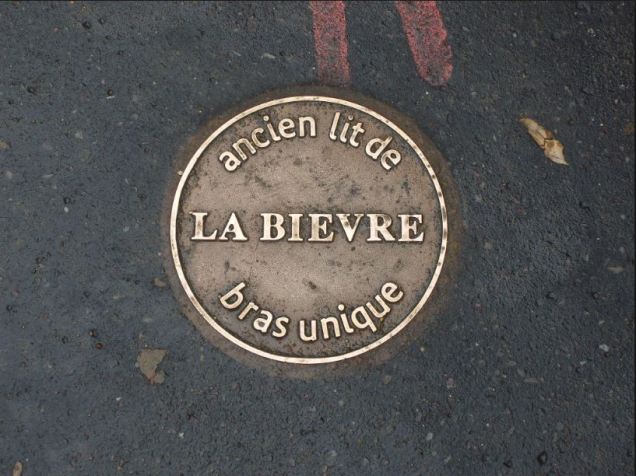 At its confluence with the Seine, the Bièvre can be seen from a boat on the river or from the opposite shore facing the Gare d’Austrelitz. A humble end for a stream with so much history along its course.

As Paris was once the leading city for western art, the Bièvre had made numerous appearances in oil paintings and early photographs, attracting artists with its grimy appearance that hinted of the better days that it had seen. 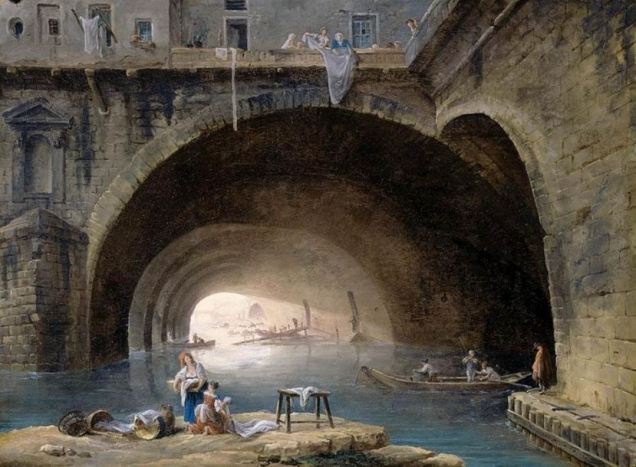 The first example is Hubert Robert’s 1768 depiction of the stream, already partially hidden beneath the city and used for washing laundry. Going forward to 1890, Maximilien Luce provides a post-impressionist view of the stream on the city’s outskirts.

Self-taught painter Henri Rousseau painted the Bièvre in 1908 with his famed exotic-looking trees. 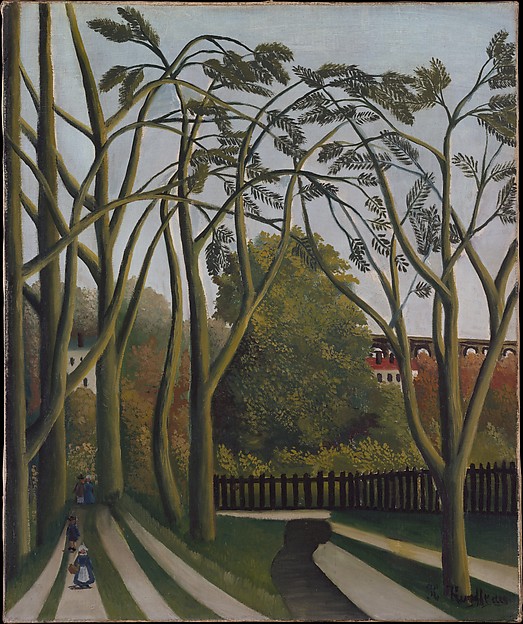 The Bièvre makes for a good SAT-style comparison of world cities, their defining rivers and their hidden streams.

As the mighty streams connected these cities to the world, the smaller lesser known streams fueled the growth of these cities in their early years.