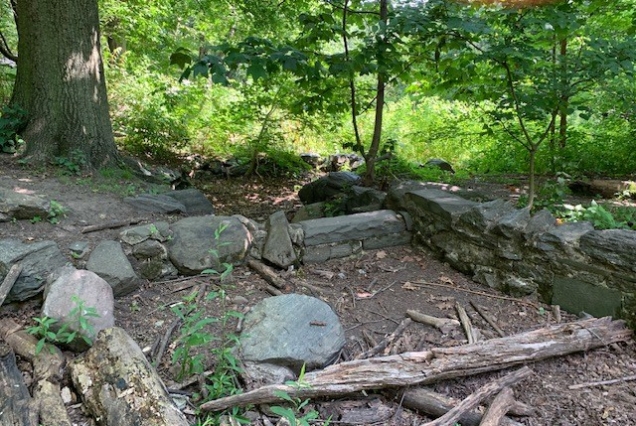 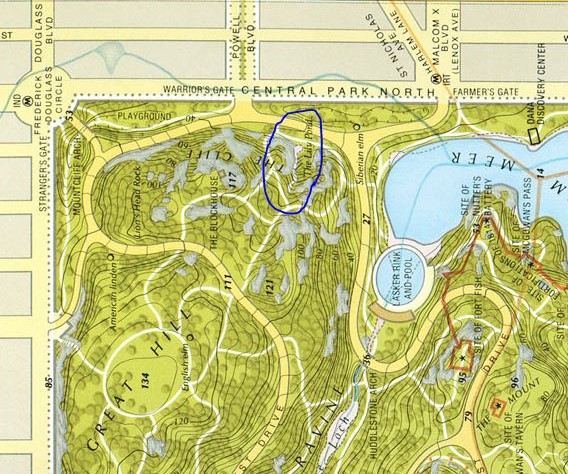 On the 1994 Greensward Foundation map of Central Park., we see the gray outline of The Lily Pond descended on the northern side of Great Hill a short distance from Harlem Meer. On my last visit to this area, I photographed the site of this stream from West Drive. This time, I hiked its entire course. 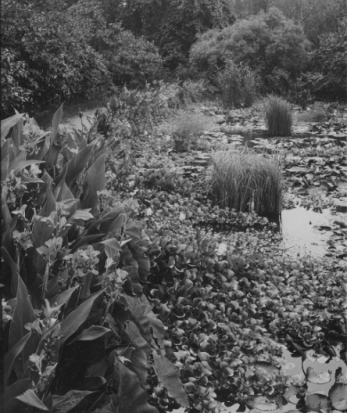 Before starting the hike, I did one more search online for historical images of this stream.

One rare find is from the Online Archive of California, which has an undated image of The Lily Pond with its namesake plants.

There must have been a great amount of work to maintain the appearance of The Lily Pond, which could also explain for its abandonment.

There is another lily pond in Central Park today at the Conservatory Garden on the park’s east side, but it is really a small reflecting pool containing lilies rather than a naturalistic pond fed by a stream. 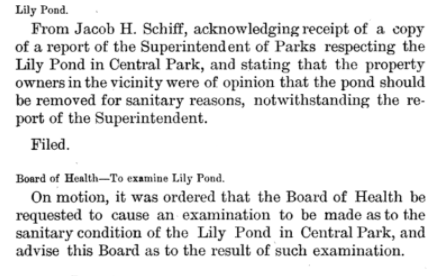 From the 1888 Minutes of the Park Board, we see a letter received by businessman Jacob H. Schiff that had complaints from local residents of the pond’s sanitary conditions.

The park’s board requested an examination of the pond, but I could not find the results of this investigation. Certainly The Lily Pond was not drained in 1888. As for Jacob H. Schiff, his philanthropy left a great impact on the city and his name appears on the median of Delancey Street and on a playground across the street from CCNY, my alma mater. 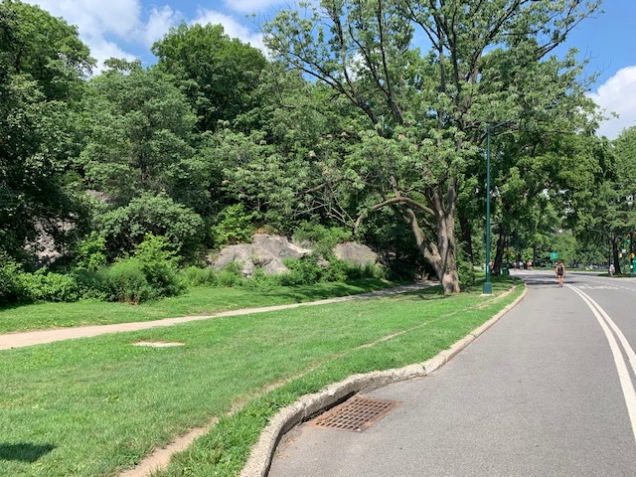 The bottom of The Lily Pond is seen from West Drive as a pit overgrown with weeds, tucked between rocks. The vegetation is so thick that a passerby would not know that there was a pond here nearly a century ago. 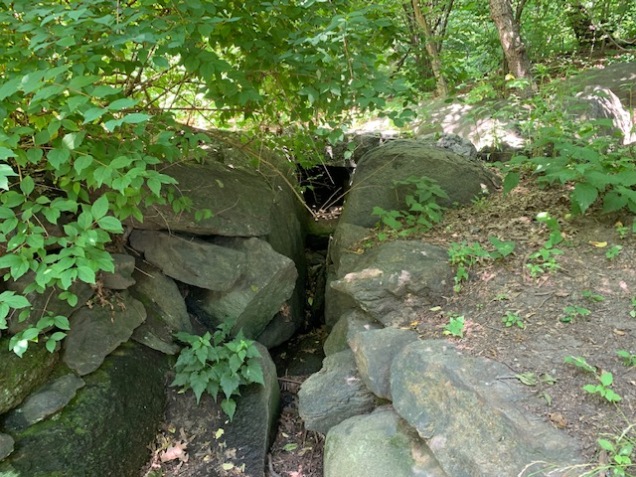 The source of The Lily Pond is nearly 30 feet uphill from West Drive on the slope of the hill where The Blockhouse stands. It was designed to stop an invasion from British-ruled Canada, during the War of 1812. But the Redcoats of that war only got as far south as Plattsburgh. The fort was completed two weeks before the peace treaty that ended this war and it was abandoned shortly thereafter. Central Park’s designers preserved it as a romantic ruin. Like other manmade sources in Central Park, this one appears as an opening among rocks, with a pipe deep inside the constructed cavern.

Last week the nonprofit Landmark West! hosted my lecture online on the hidden waterways of Upper West Side and Central Park. The hour-long presentation features slides and maps of natural and manmade waterways in this section of the city. Nearly 90 people tuned in for the presentation.