The topographical map of Whitestone Point shows Francis Lewis Park abutting the bridge near the top of the borough-wide avenue grid that begins with Second Avenue at this northern of Queens, and is paralleled by 165th Avenue in Howard Beach.

As with many parks constructed during the administration of Commissioner Robert Moses, this one was built in tandem with a highway, namely Whitestone Bridge which opened in 1939. At the time, it was the easternmost crossing on the East River, an important link between Long Island and the mainland. Whitestone’s location always made it an important spot for transportation, as a ferry dock, train terminal, and bridge landing. 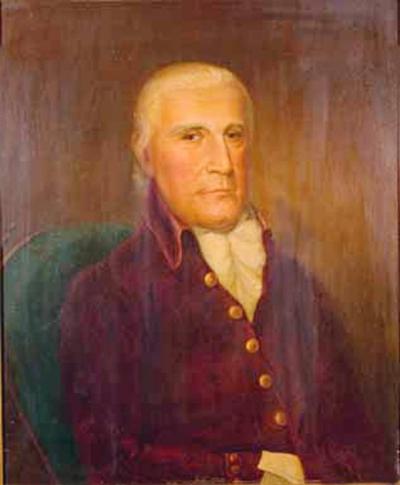 The lone signatory of the Declaration of Independence from Queens was a Welsh-born merchant who owned property on the site of Francis Lewis Park. Lewis received this property in 1765 by the British in recognition of his service in the French and Indian War, when he was captured by the enemy. But shortly after he settled here, the Sons of Liberty launched a series of protests against the Stamp Act and Lewis joined these patriots.

After invading New York, the British sent a warship to Whitestone in an attempt to capture Lewis. He escaped but his wife was captured and mistreated, resulting in her death three years later. Lewis died in 1802 and I could not find information on the date when his heirs gave up the property in Whitestone. Lewis was buried that the Trinity Church cemetery in downtown Manhattan.

In the late 19th century the waterfront property belonged to George L. Smith, a farmer and boarding house owner, who also operated a bathhouse here. The property was in his family’s hands as late as 1930. It then briefly passed to Edwin H. Brown, and then in 1937 acquired by the city for use as parkland. A postcard from 1909 in Jason Antos’ book describes this site as Smith’s Shore.

At the time, the Whitestone shoreline had a mix of maritime businesses and waterfront mansions. The upper section of the East River appeared on many maps as part of Long Island Sound on account of its width and numerous bays and peninsulas.

For this neighborhood, my leading authority is Jason D. Antos, who wrote the book on Whitestone in 2006, documenting its long and rich history. The book contains images of waterfront mansions that were part of the famed Gold Coast of Long Island. Today, only one such mansion still stands, Wildflower in Beechhurst. Unfortunately, Antos’ book offered few details on Smith and Brown, the former owners of Francis Lewis Park. But he notes that Lewis’ mansion at 2-11 147th Street, next to the park, is still standing. The building is not landmarked and has been greatly altered in appearance since its construction in 1762. If one wishes to enter a mansion of a Queens Revolutionary, there’s Rufus King’s house in Jamaica.

I first walked the shoreline of Whitestone in 2015, publishing a detailed photo essay on Forgotten-NY. My surprise find were the neighborhood’s two private beaches, located to the east of Francis Lewis Park.

The beach at Francis Lewis Park offers views of Whitestone Bridge and Ferry Point Park. The actual point is beneath the Bronx landing of the bridge and next to it is the mostly treeless landfill that used to be Baxter Creek Inlet and is today the Trump Ferry Point golf course. On this beach one can imagine seeing a British warship firing on Lewis’ mansion in 1776, or Dutch explorer Adriaen Block’s 1613 voyage that put Long Island Sound on the map.

Upland from the beach is a playground with spray showers that is often used as a backdrop by local wedding photographers. With waterparks closed during the pandemic, this playground offers respite in the summer heat.

The park’s flagpole is on a bluff overlooking the beach and bridge. Back in 1940, the views were great, but since then trees blocked off the scenery. It’s hard to argue against the growth of plants as they produce the air we need to breathe. On the flagpole is a memorial plaque honoring Francis Lewis that was installed by his descendants and members of the Matinecock Chapter of Daughters of the American Revolution.

In today’s “woke” environment, it seems odd that descendants of European settlers named their chapter after the Natives that their ancestors displaced. The name perhaps was to solidify their connection to northern Queens and Long Island, where the Matinecock people lived. Anyway, this DAR chapter hasn’t been active in decades.

To see more of Whitestone’s shoreline, see my 2015 essay on Forgotten-NY

Author BJ Cummings released a book on the history of Duwamish River in Seattle.

The Roanoke Times reports on the proposed dam removal on Tinker Creek.