The longest stream flowing on the North Shore of Staten Island is Bodine Creek, which flows through an Olmstedian park, then descended beneath the streets, and briefly sees daylight again before meeting the water of the ocean. 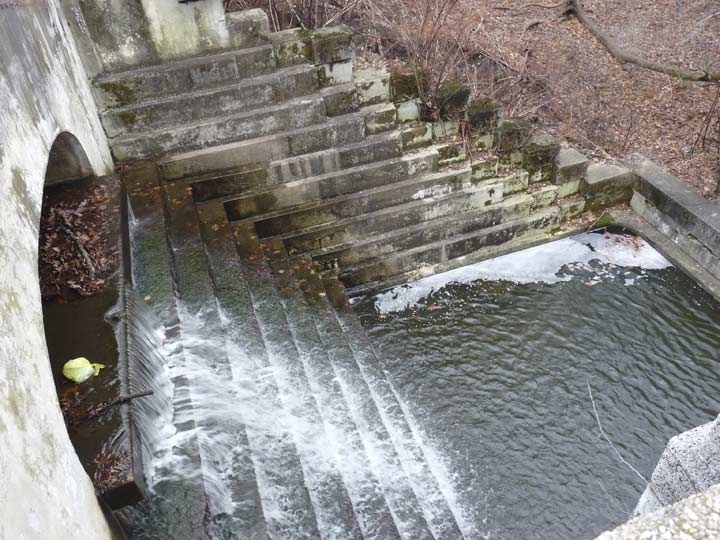 Within Clove Lakes Park, the stream is also known as Clove Brook, descending down five manmade cascades, each of which has a unique design. The largest of these barriers is Martling Dam which has steps on it that were used for public bathing in the past.

Clove’s name is an English corruption of the Dutch term kloven, meaning cleft. On the 1887 Beers Map above, Clove Lake is the southernmost in a chain of lakes on Clove Brook. The valley was acquired by the city for parkland between 1921 and 1923. Along with Silver Lake, land along this stream was envisioned as the island’s “Central Park.” North of the lakes, Clove Brook is named as Bodine Creek, after a local colonial family. It merged with Palmer’s Run to form Bodine Pond, and then it emptied into Kill Van Kull. 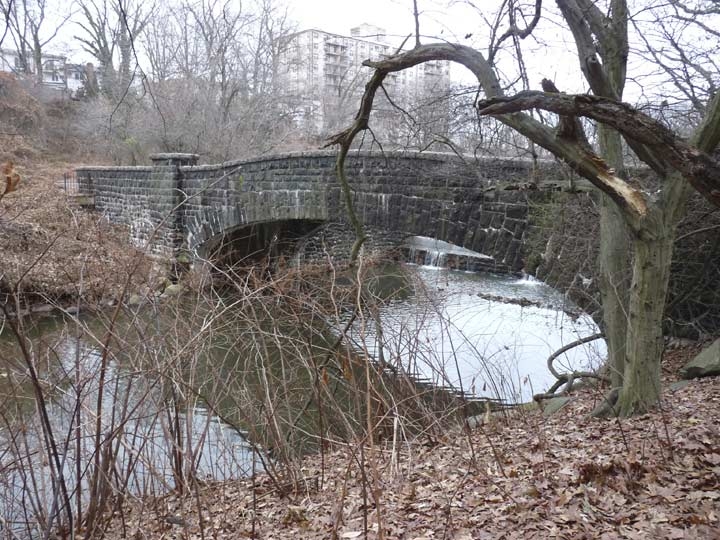 The first cataract on Bodine Creek marks the outflow from Clove Lake, with a slide cascade a few yards upstream of the bridge. Shortly after the bridge is a barrier of rocks built to resemble a waterfall.

The land here is managed by Parks, the bridge is a DOT responsibility, and the water is DEP. City agencies must work together to maintain the naturalistic appearance of this waterway and its surroundings. As it is with Central Park and Prospect Park, none of the bridges in Clove Lakes Park look alike. Clove Lake is the largest of the park’s three lakes. It contains a boat rental concession on an isle that also has a restaurant. 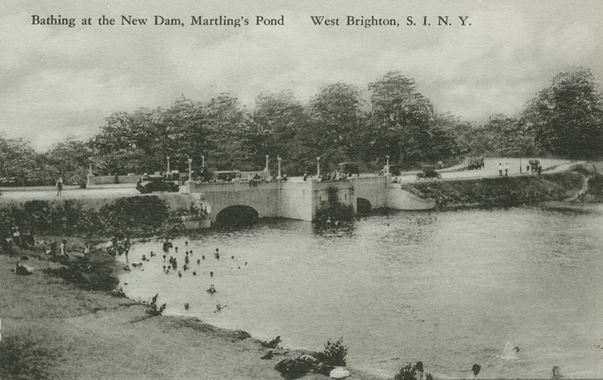 Martling Dam was completed in 1929 on the site of an older dam that held back Martling Lake. In this undated postcard from the NYPL collection, we see people bathing in the lake. Today there are no public freshwater beaches in the city. The same postcard collection also shows people resting on the downstream side of the dam and its stepped cascade. 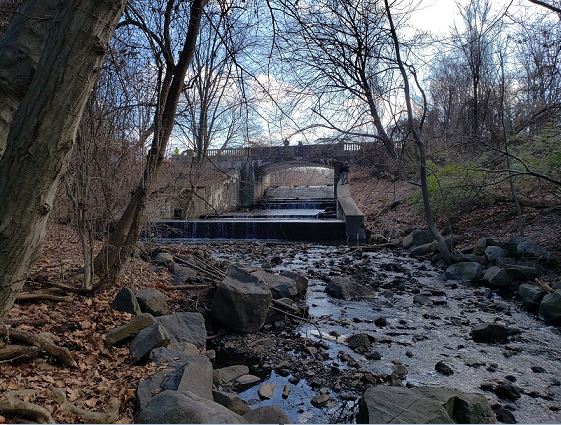 The final barrier in Clove Lakes Park holds back Brooks Lake. A pedestrian bridge runs above this cataract where the water descends and then slowly flows out on a spillway. All of the park’s barriers appear old and in need of an update. Their unique appearance is reminiscent of the Slepianka river in Minsk and its concrete waterfalls. 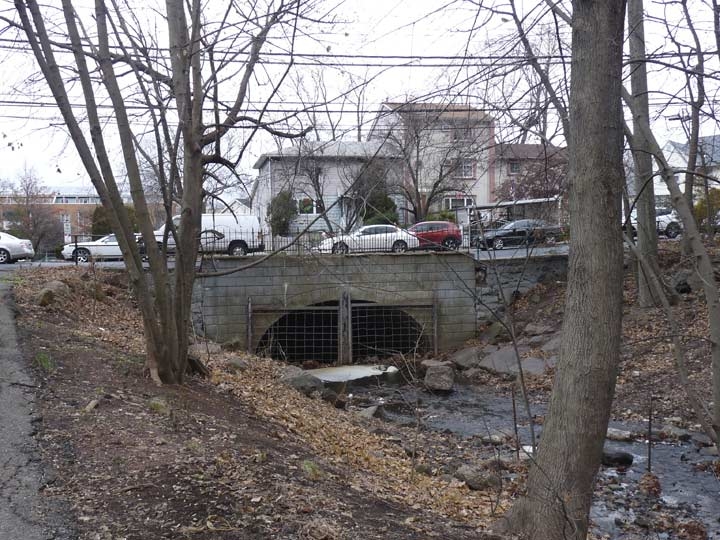 At Forest Avenue the park ends and the creek disappears into a sewer. To the north of this road the former course of this stream has been covered by houses, apartment buildings, and parking lots. Looking at old maps and aerial surveys, the disappearance of Bodine creek began in the 1930s and was complete within a half century.

The sizable lawn at 25 Disosway Place offers three hints of the phantom stream bed: The diagonal property line that follows the stream, a dip in the terrain, and the concrete wall that used to be a bridge. On a grid of streets one must be there in person to see the unusual property lines and structures that were designed to follow the creek. 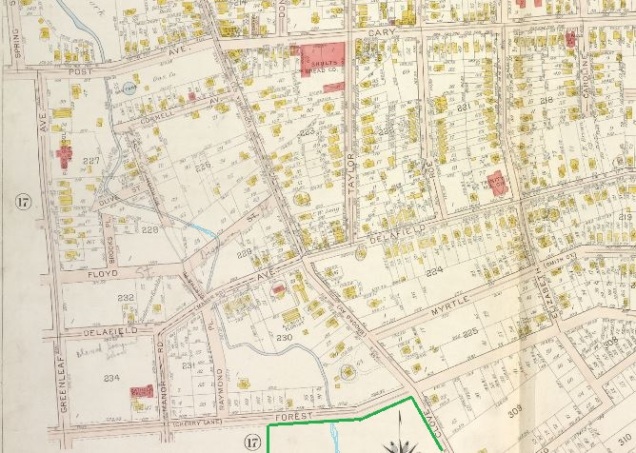 The 1917 G. W. Bromley atlas shows the creek flowing freely through the Port Richmond neighborhood. All of the streets on this map are still there today, plus a few more that have been added since then. Walking the former course, one can hardly recognize that some of the houses on these streets stand atop a phantom waterway.

The 1938 Works Progress Administration guide to public works projects in New York City has an entry on Bodine Creek and its “subway-like twin culvert” that took this stream underground. The reclaimed land atop this sewer was developed for the Castleton Bus Depot.

Looknig at an aerial survey of Bodine Creek’s former course between Forest Avenue and Post Avenue, daylighting here would be impossible as the course has been entirely developed. There are a few open spots that could be carved into water retention ponds and bioswales that would channel storm water into the underground creek, but the prospect of a naturalistic stream restoration is no longer possible here.