One of the major north-south routes on Staten Island is Richmond Avenue, which crosses Fresh Kills at the point where the stream leaves LaTourette Park and enters the former landfill that is Freshkills Park. The bridge here has a long history, going through four phases in design. 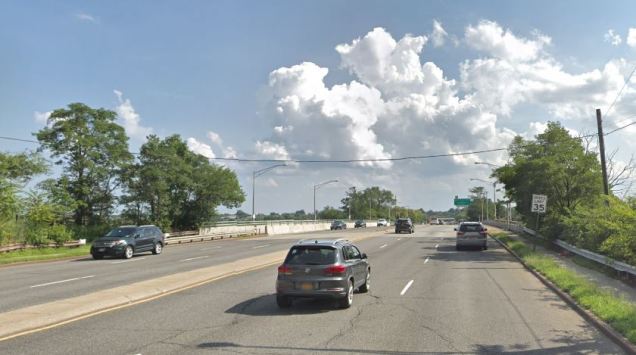 The stretch of Richmond Avenue at Fresh Kills resembles a highway and the bridge is easy to miss as one speeds through the salt marsh. The current bridge was built in the 1980s, a concrete and steel fixed crossing. Some maps have the stream here as Richmond Creek, the name used for Fresh Kills further upstream where it descends from the hills of the Staten Island Greenbelt. 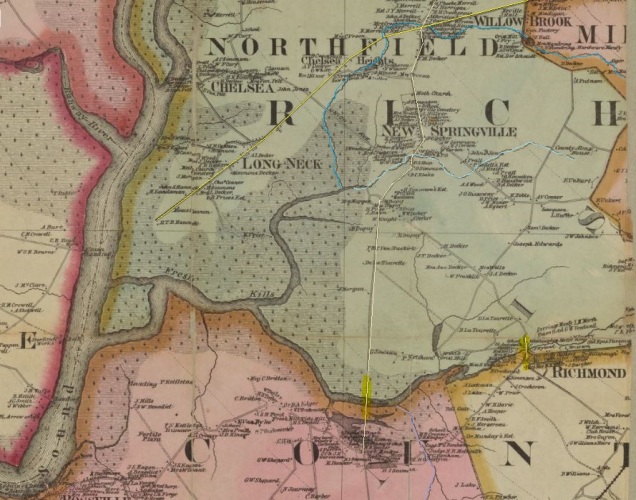 The oldest map with enough details on this bridge and nearby waterways is the 1866 G.W. & C.B. Colton Map of Staten Island. Highlighted are Richmond Avenue and Victory Boulevard, two of the most important roads at the time. On the far right is the village of Richmond, the county seat the time that is today’s Historic Richmondtown. Prior to Fresh Kills Bridge, the nearest crossing of this stream was in Richmondtown, where Richmond Hill Road has its bridge, the oldest in the borough.

Highlighted from top to bottom are tributaries of Fresh Kills: Willow Brook and Springville Creek. Richmond Creek appears above the name Richmond. On the bottom of the map at letter I is Sweet Brook at present-day Brookfield Park.

The bridge was built in the vicinity of the modern Richmond Avenue in 1851 by the Plank Road Company, it was a simple crossing comprised of a causeway and a fixed wooden bridge across Fresh Kills. The bridge created an important shortcut on the route between the north and south shore communities. In this 1903 photo from Municipal Archives, we see a bridge keeper’s office on the south side of the bridge. Another photo taken from a different angle has a Tom Sawyer-like scene here. 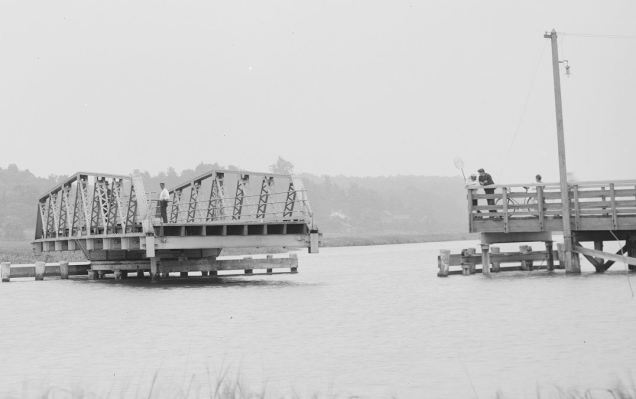 The second bridge at this site was completed in 1895 by the Berlin Bridge Company, a Connecticut manufacturer whose other works include the Washington Avenue Bridge in Waterbury. As with Lemon Creek on Staten Island’s south shore, this was a human-powered drawbridge. In the above 1903 photo, we see the bridge keeper turning an iron key to open the waterway.

The truss arch swing bridge appeared as a smaller sibling of the grand swing bridges of the Harlem River. But as traffic picked up on Richmond Avenue, a new bridge was needed here.

On the north side of the bridge, the flat expanse of New Springville made it an ideal location for Staten Island Airport and Donovan Hughes Airport, two small airfields that operated between 1926 and 1964. The former was redeveloped as Staten Island Mall in 1973, while the latters was covered by the Fresh Kills landfill. In their heyday there were notions of Staten Island becoming an aviation hub, but in the end Queens became the site of the city’s two airports. The decommissioned landfill is currently being transformed into the city’s largest park.

On Oct. 29, 1931, the $570,000 bascule bridge opened, replacing the old swing bridge. Prolific municipal photographer Eugene de Salignac visited this new bridge during its construction and opening, documenting its rivets, brick turrets, and keeper’s office. The bridge was designed by the city under chief engineer Edward A. Byrne and built by contractor Charles Meads.

With six lanes in each direction, the bridge anticipated the urbanization of Staten Island. Although there were no docks further upstream on Fresh Kills, the drawbridge was built in case the city had plans for a port here. This is similar to Roosevelt Avenue Bridge in Queens, designed for a cross-borough canal that was never built. Recognizing that a drawbridge is unnecessary here, the fourth version of Fresh Kills Bridge has the look of a highway overpass. 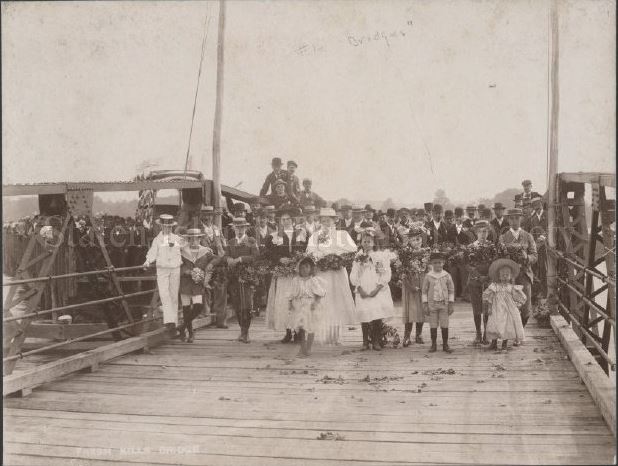 From the collection of the Staten Island Historical Society, we see the grand opening of the second bridge on June 6, 1896. Boys with straw hats and girls with garlands crossed the bridge for the historic occasion. 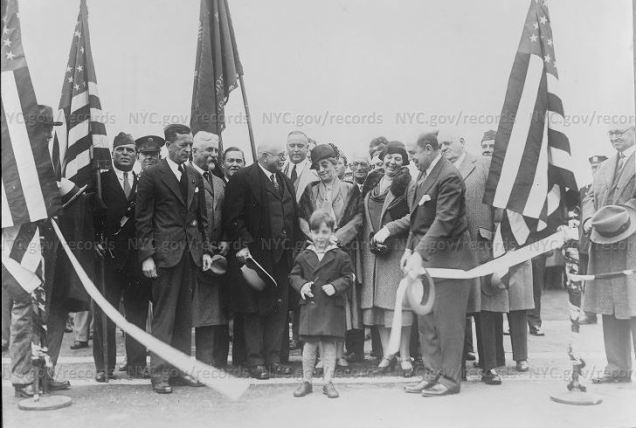 The 1931 opening of the third bridge has local politicians, Department of Plants and Structures Commissioner Albert Goldman, and historian Cornelius G. Kolff standing behind a boy cutting the ribbon. I don’t have access to the Staten Island Advance archives to know his name. I mentioned Kolff earlier in my essay on Clifton Lake on Staten Island’s eastern side. He’s the one with the Col. Sanders beard and mustache.

Befitting of the boring highway appearance of the fourth bridge, there were no children present nor ceremonies when it opened in the 1980s. As with the Northern Boulevard Bridge in Queens, the story of Fresh Kills Bridge is about decline in design.

5 thoughts on “Decline in Design on Fresh Kills Bridge”