In the cemetery belt that straddles the Brooklyn-Queens border there were a few glacial kettle ponds that were filled, one by one, to make way for more burials, and for the Jackie Robinson Parkway that sliced through the graveyards in 1927. One such waterway was Banzer’s Pond, whose disappearance has not been extensively documented.

The above photo comes from The East New York Project, an encyclopedic history source for this corner of Brooklyn. The pond here is possibly shown in 1916, when it hosted a popular amusement center run by its namesake family.

Following the annexation of Brooklyn and Queens to the City of New York, planners proposed extending Eastern Parkway further east towards Queens by running through Highland Park, past Ridgewood Reservoir and through the cemetery belt into Forest Park. As it was to straddle the county line, it was named Interborough Parkway. Above is a 1914 proposed route, from the Brooklyn Daily Eagle. If this map appears familiar, I used it earlier in my review of nearby Delta  Lake. 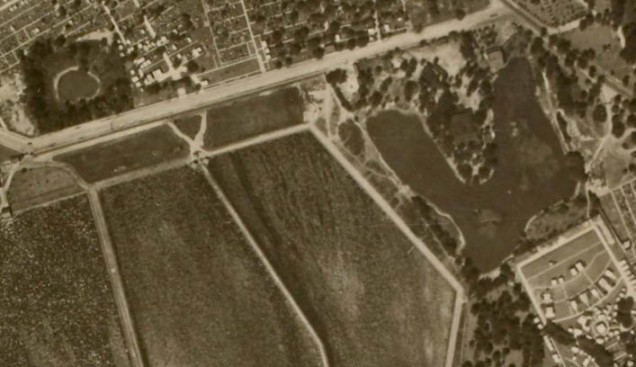 In the above 1924 aerial survey, Banzer’s Pond was hemmed in by Cypress Hills Street, Cypress Street, Ridgewood Reservoir and a cemetery. At the time, the six-acre pond was a place for leisure that included a carousel, bowling alleys, shooting galleries, dancing pavilion and boating. 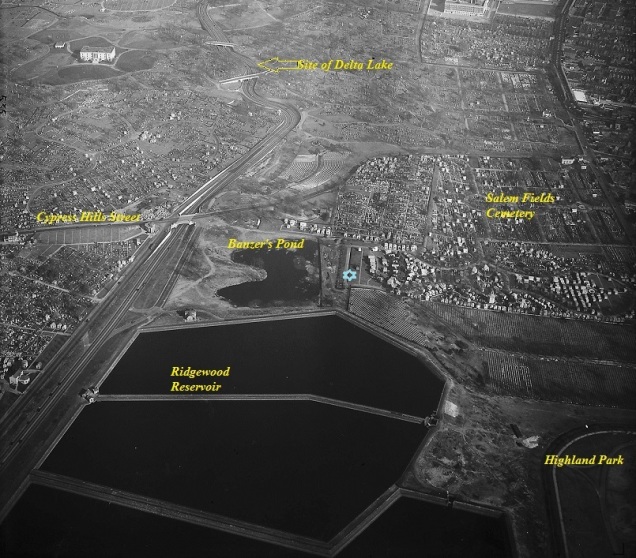 Sited in a natural depression on the terminal moraine, being there had an out-of-town appearance. Banzer’s days as a resort ended in 1928, when Temple Emanu-El purchased the property. At the time it was believed that the fancy Manhattan temple sought to expand its adjacent Salem Fields Cemetery onto the Banzer property, but it never took place. The November 1937 aerial photo from Parks Archives shows Interborough Parkway running through the cemeteries on its way east. The parkway was renamed for Jackie Robinson in 1997.

My connection to this pond?  I have an uncle (grandmother’s cousin to be exact) who is buried at Salem Fields Cemetery, near its border with the Banzer’s Pond property. His grave is in Queens, marked above by a blue star, but most of this cemetery lies within Brooklyn. The borough border runs a few yards from his tombstone.

Instead, the pond was filled with enough soil that an artificial hilltop now stands on the footprint of Banzer’s Pond. The view above looks towards the hilltop from Highland Park, where a path with interpretive signs rings the former reservoir. A fence separates the park from the former Banzer property. On my visit to the site, I found it fenced-off with a few “no trespassing” signs posted. As tempting as it was to jump the fence, my fear of either a human guard, guard dog, or both kept me outside the property. 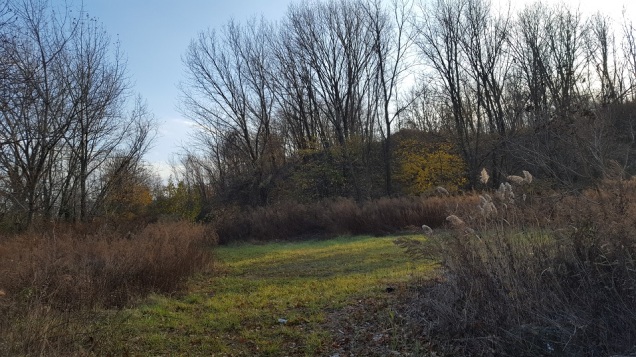 Looking at property surveys, it is still owned by Temple Emanu-El. In a city where every inch of land is valuable, this property lies unused. Not as a resort, not as a cemetery, or a park. With so much nature here, why not as a campground? The neighbors won’t mind. They’re all dead. 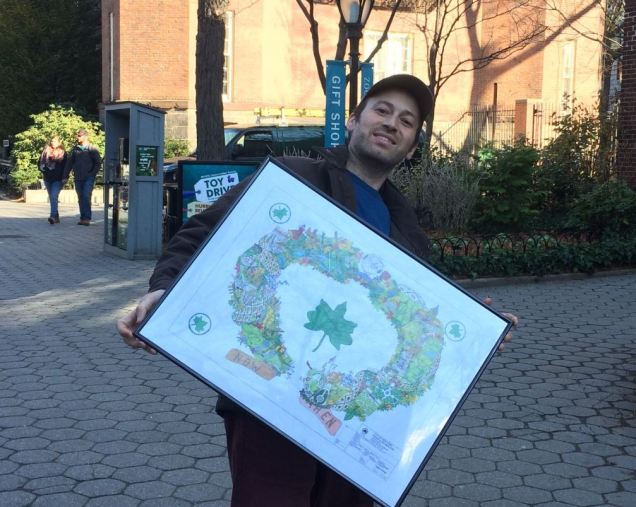 When I am not blogging about the city’s parks, I make artwork about them. For this year’s Wreath Interpretations holiday art show at the Arsenal in Central Park, my work NYC Parks Now and Then has been selected for display. The show runs from December 6 through January 5, 2018. The Artist Reception will be this Wednesday, December 6 at 6pm. I will be there with my artwork, and copies of the Hidden Waters book.